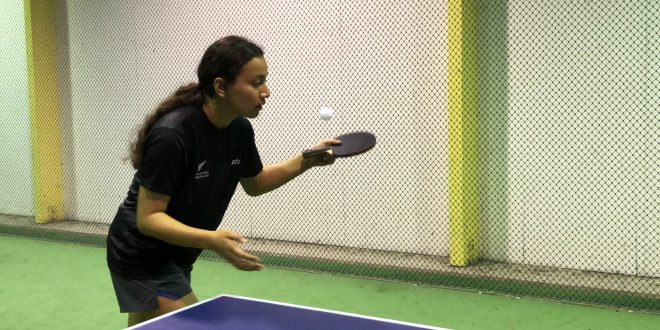 Great Start for the 2019 Interclub Season

Table Tennis season is in full swing within the Waipa community at Kihikihi Table Tennis Club. Club nights are on Tuesdays from 6:30pm – 9pm and all players of all levels ages 12 and older are welcome to attend and join the club. Kihikihi have players travelling from Tauranga, Hamilton, Huntly, Pirongia, Otorohanga and Cambridge to be apart of this club environment.

Round 1 of the interclub best of 3 series against Matamata commenced on Monday, and Kihikihi travelled to Matamata with their Top 18 players that were available for the night. The team was up for the challenge after winning the Shield back in 2018. This annual series has been going since 2013, with Kihikihi only winning in 2014 and 2018, but were looking to start their season off with an away win.

The club has some new additions to the club this season including New Zealand Under 17 Development Squad member Ngarangi Mason who has decided to travel from Hamilton on a weekly basis to be apart of the Kihikihi club this season and it’s club culture. Ngarangi won all her singles matches for the night beating Wayne Tobeck 10-12, 11-7, 11-7, Ragvir Singh 11-7, 11-5 and Heather Stringer 11-6, 11-7, 11-9.

Graham Duthie is another of the club’s newest members who travels on a weekly basis from Tauranga to be apart of the club for the 2019 season. Graham said “I just enjoy the club culture and feel that has been created by Hyrum, even though it takes me 3.5 hours of travel time each week, I am learning the game more and enjoying the sport of table tennis within the club”. Graham also had a successful night winning all of his matches in convincing fashion.

The top of the tables clash between Kihikihi and Matamata was always going to be another challenge in it’s self, Kihikihi number 1 team has always struggled to beat Matamata top team over the years due to their oppositions National or Waikato Representative experience, but this year was another opportunity to rectify this.

It did not start well for Kihikihi with newly promoted players Bo Nikara and Sam Roa going down in their first singles matches of the night. Hyrum Sunnex was able to rectify this start beating Shane Quigley 11-5, 11-7. Bo and Sam then combined to win their first double match of the night and this trend would continue with Kihikihi for the first time winning all 3 of their doubles matches.

The final singles match on the top table was between the current National Maori Open Men’s Singles Champion and the Former National Women’s Representative, Armindeep Singh. Over the past 6 years, these two players have had some awesome battles representing their clubs, but on this occasion Sunnex was too strong, with his Backhand loop playing a big part in this win overcoming Singh 11-7, 11-6, 11-7.

Next up for the club is the National Country Club Championships in Taupo on June 22 where the club is sending six teams to this competition. In 2018 the club was the most winning country club in the country winning 12 medals.