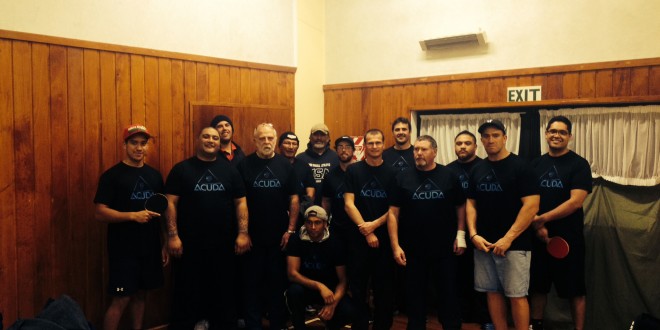 Kihikihi Win on the Road Against Manawaru

After obtaining the Tri Series Shield over Matamata Table Tennis Club for 2014, Kihikihi headed to Manawaru for the first ever Annual Match between the two clubs that will become a yearly fixture. Manawaru hosted Matamata recently and won that fixture over their neighbouring rivals.

It is quite clear this season, that all clubs find it very difficult to win away from their home clubs respectively. Boasting a strong team for the road trip, Kihikihi had their mind set on breaking this away hoodoo, but Manawaru were not going to allow tradition to change that easily.

The Night started very badly for Kihikihi, as two of their teams lost their first 4 matches and the club was on the backfoot early on. The Format for the Interclub Competition is, the best out of 60 matches each night, with singles and doubles matches being played!

Club Captain Sam Roa, said “It was not a good start for the club at the start of the night, and I was concerned we were gong to be on the end of a good thrashing and lesson from Manawaru”.

Manawaru had a lot of good players prepared for the night, but it was their No.1 Player in the club, Former NZ Womens Represenative (Armindeep Singh) who the Kihikihi Players wanted to watch.  Singh played Johnny Ainsley first and beat him 11-6,11-7, she then came up against another Former Waikato Representative Andrew O’Connell who recently joined the Kihikihi club from Cambridge. O’connell fought hard in his match to cause an upset with his unorthodox style and precision but Singh showed her experience and class winning 11-8, 8-11, 11-8.

Her last match of the night and to make it a clean sweep for the 2014 interclub season, was against Kihikihi’s Number One Player Hyrum Sunnex, who has also maintained a clean slate this season.  This was definitely going to be the anticipated match of the season for players in attendance.

Sunnex won his earlier singles matches in straight sets over Shane Quigley 11-3,11-2 & Jatinder Singh 11-7, 11-7. But playing Armideep was a completely different match with Singh winning the first set 11-5. Sunnex looked very un-easy playing the former NZ Womens Player as his big forehand was easily getting countered by Singh with ease moving him around the table at ease.

Sunnex changed his tactics very quickly to take the next two sets 11-5, 11-7. With the match going into the 4th Set, the spectators and players watching were not dissapointed with several rallies going very long with loop to loop rallies going back and forth. Sunnex was up 10-6 with Match Point but lost the next 4 points consecutively. Luckily Sunnex stayed strong and won the 4th Set 12-10. Final Score Sunnex Winning 5-11, 11-5, 11-7, 12-10.

Sunnex said after the match “I was really nervous playing Armindeep as she is the type of player that just gets everything back, it doesnt matter how hard I hit the ball, everything just comes back and I really had to move quick to get into position to just stay in the rally, I was lucky this time around”.

Sam Roa and Hori Barton also went through the night undefeated in their grades for Kihikihi to help the club win overall 38-22. Roa is improving quickly this season and he is putting pressure on players in the club to move up the grades.

Next season will see Manawaru Travel to Kihikihi for their Annual Match with a new Trophy up for grabs between the two clubs.

Next up on the agenda at Kihikihi is the newly formed Handicap Matchplay Championship on Monday 1st September. This will be a Double Elimination Tournament Format based on Players Levels and Experience. All players regardless of level and experience have an opportunity to win this title and trophy.

The Table Tennis Season is just over halfway through and ends on 27th October 2014. Club Nights are on Mondays at 7pm – 9:30pm. New Players are welcome, for more details please visit www.kihikihitabletennis.co.nz or phone 021 068 7017. 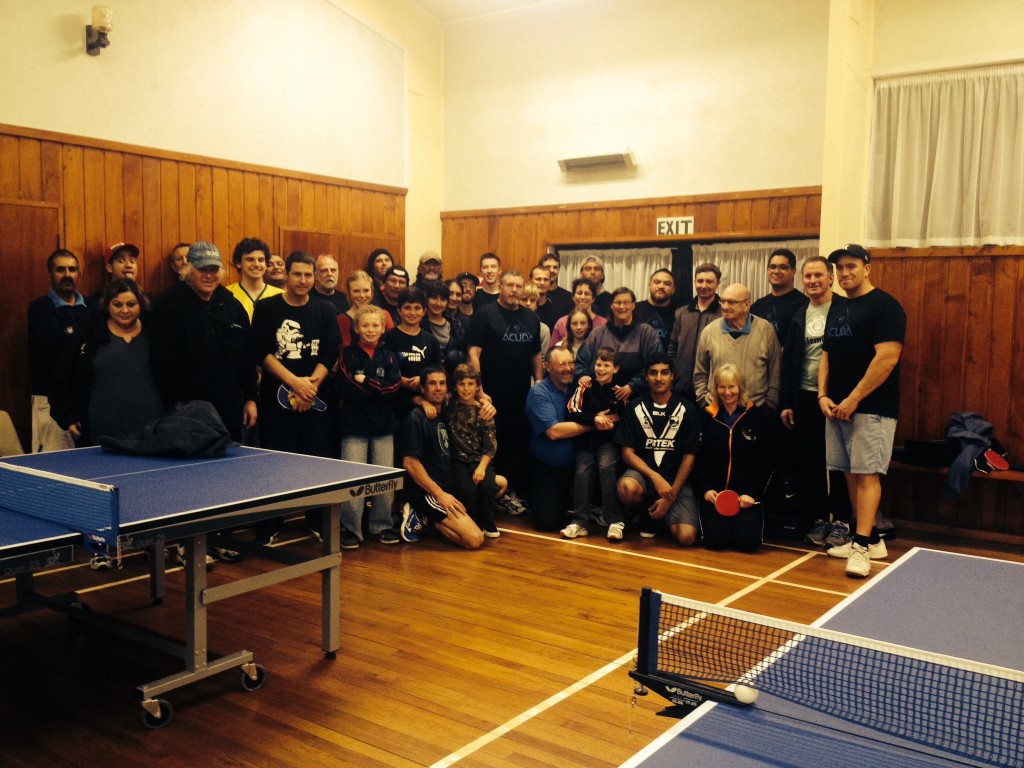