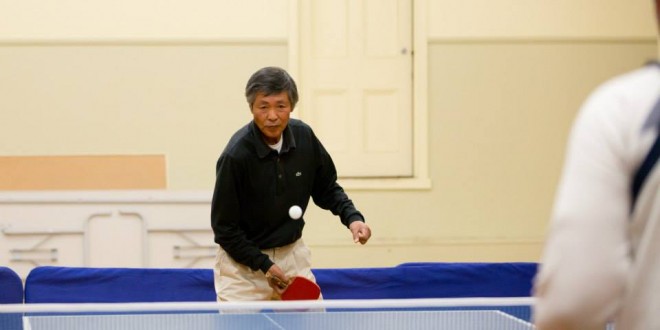 After losing the first match of the annual series in Matamata earlier in the Month 12-58. Round 2 was played in Kihikihi, where the defending champs (Kihikihi) needed a win to tie the series.

In the past 3 years since the interclub series has begun, neither club has won away from home, and history beckoned. Matamata has new additions to their squad this year with Former NZ Women’s Player Armindeep Singh and Robert Waitz from Germany.

The contest became evident right from the start that this match between the two rival table tennis clubs would be evenly contested.

There were two upsets of the night, the first coming on the Top Table from Alba Yoon (Kihikihi), who was promoted to the top table this season due to other players work commitments, and he has found it very difficult playing former NZ & Waikato Representative players this season.

But in a match where he played the more experienced and former Waikato Rep, Shane Quigley, who has beaten Yoon easily in recent matches, turned the tide and ended Quigley’s night with his trademark back hand smash winning, 11-5, 12-10, 5-11, 11-5.

Players and Supporters gave a great applause to Yoon for a great win and it would definitely be a great confidence booster for the rest of the season.

With 4 matches remaining, Kihikihi needed to win 3 of the 4. But this led to another upset of the night and season when Kihikihi Number One player, Hyrum Sunnex who has not lost an interclub match to any player in the last 3 years since the club has been reformed, was upset by Matamata’s Number One, Former NZ Women’s Representative Armindeep Singh in 5 sets, going down 11-5, 5-11, 10-12, 11-5, 6-11.

Singh played a very aggressive game and continued to counter block Sunnex’s offensive loop to put him on the back foot throughout the match, it was a great display of table tennis, but in the end Singh was more patient with Sunnex making too many errors.

Kihikihi won the next match with Sunnex combining with Johnny Ainsley to beat the Brother and Sister Combo of Armindeep & Jatinder Singh in doubles.

This left the last two matches in the B Grade Division, where Kihikihi needed to win both matches to ensure victory for the night and tie the 2015 series.

This ended the hopes for Kihikihi to retain the Shield for this year and also allow history to happen for the first time between the two clubs with Matamata gaining the first away win in the past 3 years.

Even though the series has been decided, Kihikihi will travel to Matamata in July to try and avoid the white wash and clean sweep of the series.

Next Interclub Match for Kihikihi is against Manawaru Table Tennis Club from Te Aroha. This should be a hotly contested match with Manawaru in fine form after topping their rivals Matamata recently, retaining the Robert Mounsey Memorial trophy for another year.

Matamata Club President Lyall Wilson said “it was a big achievement for his club to finally get that win away from home, but also greatful for the comradery between the two clubs, as this is how the sport continues to develop in the grass roots level”.

New Players are welcome to join the club, season ends in early October 2015, for more details visit www.kihikihitabletennis.co.nz or phone Hyrum on 021 0687017