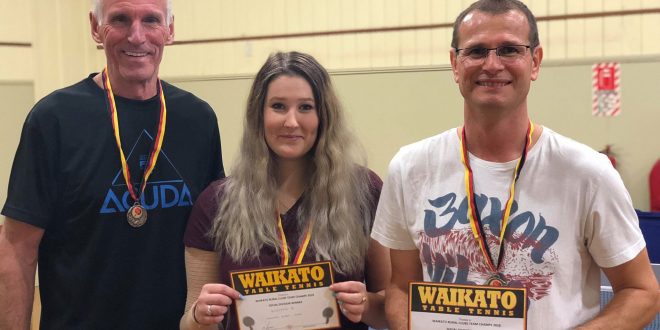 Newly appointed Midlands Development Officer Jessica Macaskill, who also coaches within Table Tennis New Zealand, has been working with the Waikato Table Tennis Association to look at ways to grow the sport and integrate with all the Rural Clubs in the Waikato areas. This tournament would be a gateway to start this integration process.

Two Pools were catered for at the tournament with a Competitive Grade and a Social Grade. Kihikihi entered one team in each grade. Leading the Competitive team was Hyrum Sunnex who combined with Ezra Heke and Mark Nikara. They were able to go through the round robin undefeated as a team, until they met their common foes from Manawaru Table Tennis Club, Armindeep Singh, Jatinder Singh and Shane Quigley.

It was not a good start for Kihikihi, as Heke and Nikara both lost their opening 2 x singles matches and also their combined doubles match. Sunnex was able to win his first two singles and his combined doubles match with Nikara, giving their club some much needed points with the Match Score at 3 – 5. Sunnex then had to win his final singles match vs Armindeep Singh to keep the fight going, but lost in straight sets. Heke and Nikara both lost their final singles matches and the Victory for 2018 went to Manawaru. 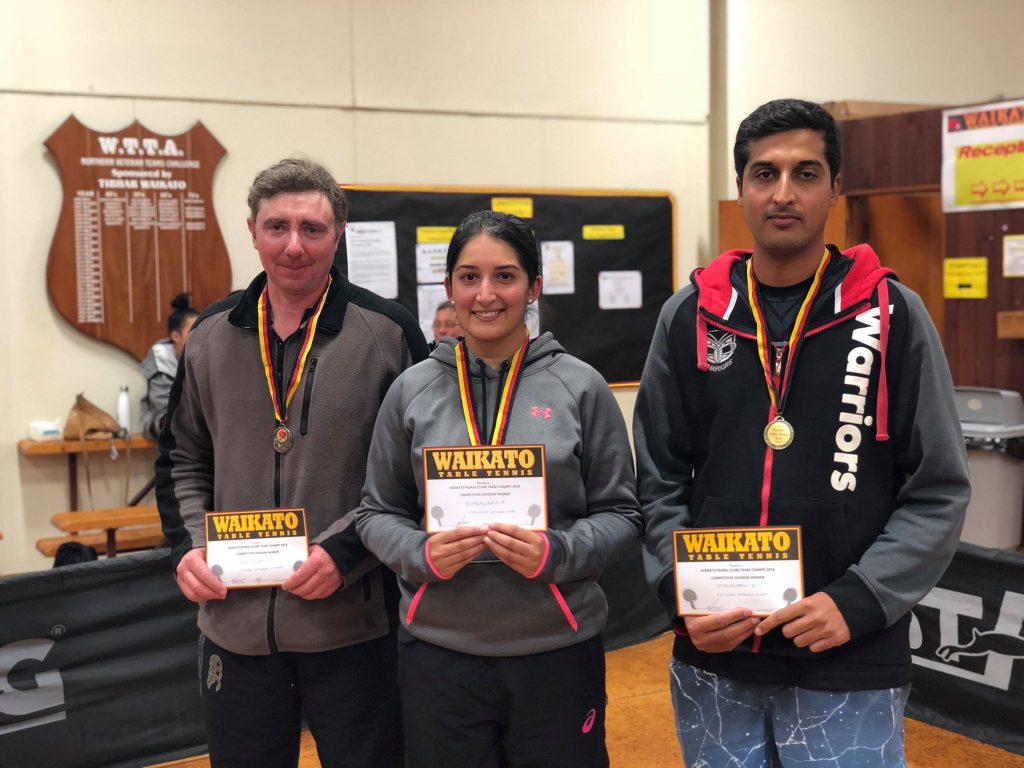 In the Social Grade Competition, Kihikihi was led by Hannah Robertson who combined with James Krippner and John Metcalfe. Their first match of the day ended in a Draw against an invitational Hamilton Team and only lost narrowly in a countback. Fortunately it was only the start of a great day for this team. They continued through their next 3 matches undefeated and were able to takeout the Social Grade for 2018 and receive their Winner’s Certificates and Gold Medals.

Next up for the club is the National Country Clubs Championships in Taupo, where Kihikihi will be looking to enter 4 teams for this championship. 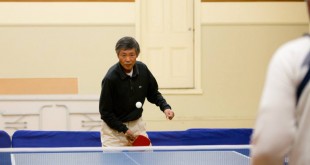